When taking a decision on changes to the interest rate corridor parameters the CBA Management Board considered the following developments influencing macroeconomic stability.

Foreign exchange reserves increased by USD 2.2 billion in QI, 2018 amid surplus of the foreign trade balance.

According to recent forecasts, the balance of payments indicators are to remain favorable over the remaining period of 2018, if existing conditions linger.

The exchange rate of manat remained stable, within the frames of the adopted macroeconomic policy, amid positive behavior of external sector indicators.

The exchange rate stability of manat factored in the inflation rate and inflation expectations, being accompanied by accelerated de-dollarization of deposits of the population.

Monetary condition. The monetary condition in place maintained the best possible balance between the realization of macroeconomic stability targets and liquidity coverage of the economy – money base in manat increased by 10.9% in QI, 2018.

Increase in the money supply fuels economy’s demand for money and sustaining uninterrupted payments in the first instance. The fiscal and banking sectors’ need for liquidity remain the main driver for money demand. On the backdrop of weak financial intermediation higher money supply was not accompanied with rise in lending activity.

In such an environment, there are accumulation of excess liquidity in the banking sector and increase of saving trends in the economy. Excess liquidity triggered high demand for government securities and CBA’s financial tools. In parallel, savings of individuals in manat increased by 15.9% over 2 months of 2018.

Economic activity. Economic activity kicked off in 2017 further amplified in QI, 2018. According to the State Statistics Committee, economic growth stood at 2.3%, the non-oil economy grew by 3%. Output gap estimations show that, overall economic activity have not triggered demand-pull inflation.

The CBA will further closely follow internal and external factors of inflation.

The CBA Management Board will discuss interest rate corridor parameters again on June 14, 2018 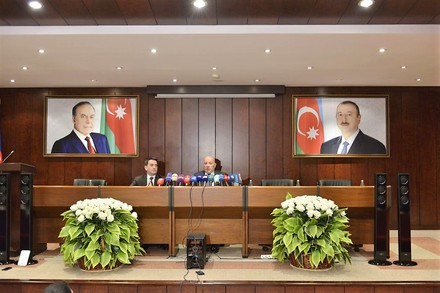 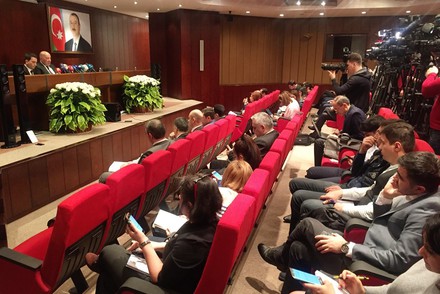